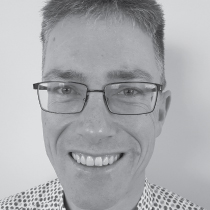 Roland was raised on his parents mushroom farm in one of the 3 mushroom areas in Holland. In 1994, he went to the Wageningen University Holland, studying Agricultural Engineering. Infected by the mushroom virus, he took the opportunity to do several internships within the mushroom industry. One internship was standardising Phase 2/3 tunnels at Verdellen Projects and Engineering in Holland. It is here that he contacted the Australian mushroom industry and went for a few internships to Australia. At Mick Daley’s farm he worked on a tray line machine and at Elf farm supplies he was involved in the design of the composting tunnels. After receiving his Masters degree in 1999, he started working for C point as a consultant and trainer specialising in air distribution and energy efficiencies. In the summer of 2003 he moved to the Christiaens Group and started as a sales engineer. Since 2007 he has been in charge of the sales department.