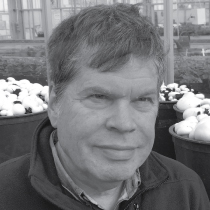 Ralph has been an applied microbiologist with a specialist interest in the mushroom crop since 1984. He started his mushroom research career at the Lee Valley Ministry of Agriculture Experimental Horticulture Station, moving to Horticulture Research International (HRI) Littlehampton in 1989. He transferred to HRI Wellesbourne in 1994 where he became the manager of the Mushroom and Bioconversion Unit. In 2004 the Unit was taken over by the University of Warwick, until closure in 2011. Between then and 2018, he worked for East Malling Research, Kent. In 2017 he co-founded Microbiotech Ltd, a research, development and consultancy company operating in the mushroom and bioconversion industries, and their offices and laboratories are based at Pershore College in Worcestershire. His main research interest has been the use of different raw materials for mushroom compost and casing. He is currently working with several other research and mushroom industry partners on the identification and control of blotch-causing pseudomonads.